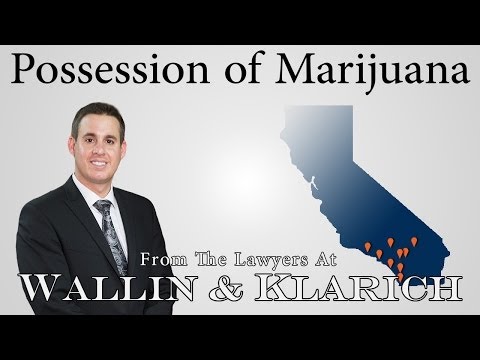 2. What happens if marijuana was found in my car, but it did not belong to me?

3.How can I get a DUI from marijuana?

California Vehicle Code Section 23152(a) not only makes it illegal to drive a vehicle while under the influence of an alcoholic beverage, but also prohibits driving while under the influence of drugs. This includes marijuana. The prosecution has a number of ways to prove their case. A few examples are the police officer smelling the marijuana after pulling you over, the police officer seeing the marijuana in your car, your driving pattern, your conduct and appearance, your performance on your field sobriety test (FST), and a chemical test that measures the amount of Tetrahydrocannabinol (THC) in your blood. Even if marijuana was found in your blood system, the prosecutor must prove that it was an amount to impair your ability to drive a car. Mere traces of marijuana in your blood system may not be enough.

4. I have a medical marijuana license. Can the police confiscate my marijuana?

If you are in lawful possession of medical marijuana as a patient under California Health and Safety Code Section 11362.5, then despite federal law, police are obligated to return confiscated marijuana to you pursuant to California Health and Safety Code Sections 11362.5 and 11362.765(b)(1). City of Garden Grove v. Superior Court, 157 Cal. App. 4th 355 (2007).

If you or a loved one have been charged with Possession of Marijuana, call Wallin and Klarich today at (877) 466-5245. We will get through this together.