Juveniles Tried as Adults for Sex Crimes in California 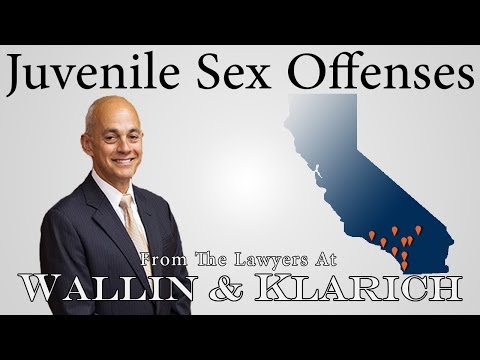 When Are Juveniles Tried As Adults For Sexual Offenses In California?

A child under the age of 14 cannot be prosecuted in California as an adult. However, children as young as 14 may be tried in California in adult criminal court through any one of the following mechanisms:

2. Direct file in adult criminal court at the discretion of the prosecutor.

3. Automatic trial as an adult for a small number of aggravated offenses at age 14 or older with a prior offense.

4. Automatic trial as an adult on the following types of sex crimes:

Juveniles tried as adults must be proven guilty beyond reasonable doubt. Every element of the crime must be satisfied in order to convict your child. Because the consequences of a conviction can be so severe, if your child is facing being tried as an adult for a sex crime, it is highly recommended that you hire a California criminal defense attorney who specializes in sex crime defense. Children convicted of sex crimes can face the same consequences as adults, resulting in a lifetime of difficulty for your child and your family.

The judge does not find a minor “guilty” or “not guilty” in the California Juvenile Court system. If the judge finds that the minor committed the crime alleged beyond a reasonable doubt, the judge “sustains the petition” filed by the district attorney. A minor that is brought before the court at the initial detention hearing can either “admit” or “deny” the allegations. They do not plead guilty or not guilty as in adult court.

There are many different sentences available in juvenile court. At the low end of the spectrum is 725WIC or 654WIC consideration. Depending on the whether the petition is charging the minor with a misdemeanor or a felony, the court can allow a “deferred entry of judgment” (DEJ). This procedure allows the minor to admit the offense, but is not sentenced to juvenile hall or other custody time.

For more information regarding juvenile justice, please visit our section on Juvenile Law.

How Can Wallin & Klarich Defend A Juvenile Accused Of A Sex Offense?

Defending a minor on a sex crime is similar to defending adults. It is critical to conduct a thorough and complete investigation of the case, interview all witnesses and prepare a defense for trial. Defending a juvenile case varies from that of an adult case in a number of ways:

1. Getting a psychological evaluation by an expert to say that the minor does not fit the sexual profile to commit the crime and thus the allegations are not true; and

2. A minor has no right to a jury trial in juvenile court cases, but only to a bench or Court trial; and

3. If the minor qualifies to be charged as an adult and the District Attorney decides to charge the minor as an adult, that minor is entitled to a jury trial.

A minor charged with a sex crime is far better off staying in Juvenile Court then being tried as an adult. While adults may enjoy more rights in court, they are also subject to much greater punishment if convicted. Adjudication in the juvenile court system is a far better alternative to a criminal conviction in adult court. Talk to your attorney about how best to protect your child’s future.

Sentencing And Punishment For Juvenile Sex Offenses In California

In some instances the penalties for a juvenile sex offense may be the same as an adult who is convicted of a violent sex crime such as rape. Penalties may include:

Juveniles tried as adults may not receive the death penalty, but may be subjected to Life without the Possibility of Parole (LWOP). Youth serving an LWOP sentence must serve the rest of their life in prison for crimes committed when they were 14 to 17 years of age. No country other than the United States permits LWOP sentences for juveniles.

Many times the penalties are so harsh due to the fact that these behaviors often progress into adulthood and there is a good chance that the accused may be re-arrested for a felony sex crime sometime after they turn 18.

If your child has been accused of an unlawful sexual offense, you need to contact an experienced criminal defense attorney today. At Wallin & Klarich, our attorneys have over 40 years of specialized experience successfully representing our juvenile clients charged with a sex crime.

We may be able to challenge all the evidence against your child and help you win your case. Or, we may be able to negotiate for alternative sentencing, probation and/or counseling, allowing him or her to avoid both commitment to the Division of Juvenile Justice and lifetime registration as a sex offender.