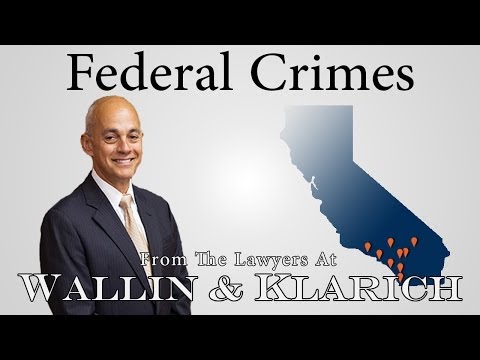 The firearm industry and firearm ownership are broadly regulated under Title 18, Chapter 44 of the United States Code as well as by California law. Multiple revisions to federal firearms laws over time have made gun control a complicated subject in the United States.

If you are being accused of committing a federal offense in California involving a firearm, you should speak immediately to one of our experienced federal criminal lawyers. With over 40 years of experience, the attorneys at Wallin & Klarich can guide you through this difficult legal process. Call us today at (877) 4-NO-JAIL or (877) 466-5245, so we can begin to help you.

Federal firearms laws define a firearm as any weapon (including a starter gun) which expels a projectile by means of an explosive or is designed or may be readily converted to do so. This includes the frame or receiver of any such weapon, any firearm muffler or silencer or destructive device. Antique firearms are not included in this definition (18 U.S.C. § 921 (3)).

Persons Prohibited from Possessing a Firearm or Ammunition under Federal Law

A conviction is punishable by up to 10 years imprisonment. Your sentence can increase to a minimum of 15 years if you have three or more prior convictions for a felony crime of violence or a serious drug offense, including but not limited to:

You can also be prosecuted in federal court and sentenced to up to 10 years in prison if you knowingly sell, give or otherwise dispose of any firearm or ammunition to any prohibited person listed above (18 U.S.C. § 922(d)).

Federal law also makes it illegal for you to import, produce, or conduct transactions in firearms across state lines if you are not a licensed firearms dealer.

Furthermore, it is unlawful for any person to sell or otherwise distribute a firearm to anyone other than a licensed firearms dealer, manufacturer, importer, or collector (“firearms licensee”) when the person transferring the weapon knows that the acquiring person does not live in the same state. (18 U.S.C. § 922(a)(1)).

There are exceptions to this, including if you are:

Except as authorized by federal law, the following categories of weapons are prohibited:

In addition to possession of an illegal weapon or possession of a legal firearm or ammunition by a prohibited person, there are dozens of firearm-related crimes that may be prosecuted by the United States Department of Justice. These crimes include, but are not limited to the following:

Additionally, it is a federal offense for a firearm licensee to sell or deliver:

Possible defenses to a charge under 18 U.S.C. § 922 that your federal criminal defense attorney may be able to raise include, but are not limited to the following:

A misdemeanor conviction in a United States court is punishable by up to one year in prison, a fine of up to $100,000 ($200,000 for an organization), or by both imprisonment and fine.

Juveniles who unlawfully possess a firearm and persons who unlawfully sell or transfer a firearm to a juvenile generally face a misdemeanor charge. However, if the person who transfers the firearm to a juvenile had a reason to believe he or she intended to commit a violent crime with the gun or ammunition, that person could be charged with a felony.

Firearms Involved in Federal Crimes of Violence or Drug Trafficking 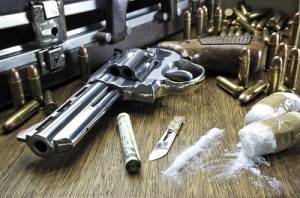 Mandatory minimum sentencing as described above must be served in addition to and consecutive to any sentence imposed upon conviction for the underlying violent or drug trafficking crime.

Firearms Involved in a Federal Crime of Murder or Manslaughter

If you kill someone as a result of using a firearm or ammunition to commit a federal offense, you can be prosecuted for murder or manslaughter in addition to any other crime committed resulting in death. If you are convicted, you can be sentenced as follows:

Other Consequences of a Federal Firearms Conviction

In addition to the penalties described above, other consequences you may face for a federal conviction involving a firearm may include the following:

Additionally, federal law requires that you serve a minimum of 85 percent of your sentence before you are eligible for release from custody.

If you or a loved one has been accused of a federal crime involving a firearm, you should to speak to a Wallin & Klarich criminal defense attorney experienced in federal court. Federal firearms laws are complex and a violation could lead to serious consequences. Additionally, using a gun to commit any other federal crime may significantly add to your sentence if you are convicted.

With offices in Los Angeles, Sherman Oaks, Torrance, Tustin, San Diego, Riverside, San Bernardino, Ventura, West Covina and Victorville, our attorneys at Wallin & Klarich have over 40 years of experience successfully defending our clients charged with federal crimes. We will explain all of the charges against you and make certain all of your constitutional rights are protected. We will employ every strategy available to ensure that you get the best result possible in your case.