Computer hacking, the practice of using unauthorized access to a computer system to steal information or money, is a relatively new crime that has gained prominence in the age of the Internet. The hacking of government computer systems has been in the news in recent years as classified information has been leaked and hackers have faced stiff punishments. There are serious consequences of computer hacking.

A conviction for hacking can result in prison time and fines. If you or a loved one is facing a computer hacking charge, it is important to have an experienced Wallin & Klarich attorney who will fight for you.

What Can Happen to Hackers

In November 2013, a federal judge sentenced Jeremy Hammond, a prominent member of the hacking group Anonymous, to 10 years in prison for breaking into the computer servers of a string of corporations, government agencies and law enforcement advocacy groups.1

Hammond allegedly stole emails, credit card numbers and other data from the websites of the CIA and private intelligence firms.2 Hammond pleaded guilty to hacking charges and was given the maximum 10-year prison sentence.3

In August 2013, Chelsea Manning, formerly known as Private First Class Bradley Manning, was sentenced to 35 years in prison for leaking hundreds of thousands of American diplomatic documents and military records to WikiLeaks, the largest publisher of classified information in the world. It was the largest set of classified documents ever leaked to the public.4

As a member of the United States Army, Manning was tried in military court and convicted on 17 counts, including espionage and theft.5 Manning’s offenses carried a combined maximum sentence of 90 years in prison.6

In the United States, hacking government computer systems is a federal crime classified as “fraud and related activity in connection with computers” under United States Code 18 Section 1030.

Under United States Code 18 Section 1030, a person is guilty of computer hacking if he or she:

Depending on the circumstances of your case, computer hacking can be charged as a misdemeanor or felony under United States Code 18 Section 1030.

If you or a loved one is facing a federal charge of computer hacking, it is critical that you speak to an experienced criminal defense attorney. At Wallin & Klarich, our attorneys have over 30 years of experience successfully defending our clients accused of committing federal crimes. Our attorneys can fight to get you the best possible outcome in your case. 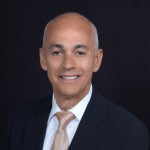 I would like to sincerely thank you for helping me with obtaining my Certificate of Rehabilitation. I now realize the importance of obtaining a law firm that has years of experience in criminal law. The way the package was organized and presented to the presiding judge was very impressive to me. The person that tried … END_OF_DOCUMENT_TOKEN_TO_BE_REPLACED

My brother was convicted of second degree murder in Los Angeles County. He was sentenced to 16 years to life in state prison. I hired Stephen Klarich from the law firm of Wallin and Klarich to work on his appeal. Our family was very worried and fearful he would spend the rest of his life … END_OF_DOCUMENT_TOKEN_TO_BE_REPLACED

ARSON: “My husband and I received a shock recently when our son was arrested for starting a fire at a state park. But our shock turned into horror when he was charged with felony arson. We immediately hired the Law Firm of Wallin & Klarich. After a review of the evidence, Wallin & Klarich had … END_OF_DOCUMENT_TOKEN_TO_BE_REPLACED