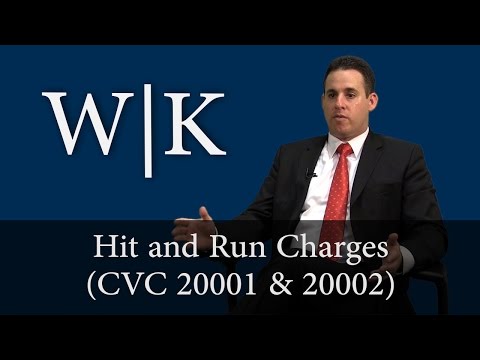 According to various reports, Los Angeles experiences more hit-and-run accidents than any other city in the country. An investigation by L.A. Weekly found that about 48 percent of crashes in Los Angeles were hit-and-runs in 2009.1 The Los Angeles Police Department investigates approximately 20,000 hit-and-run incidents annually.

These statistics suggest that Los Angeles is experiencing a disproportionately high number of hit-and-run incidents. That is why a recently passed law extends the California hit and run statute of limitations.

If you hit another vehicle and leave the scene, you probably are scared that you could be arrested for a crime. What amount of time has to pass for you to stop being scared? Are you relieved after six months pass? One year?

There is actually a law that spells how long after the incident occurred that police can place you under arrest. So what is that amount of time?

In the end, the state legislature settled on a compromise and increased the statutory period from three to six years.

The bill was signed by the California Governor Jerry Brown went into effect in the state as of Jan. 1, 2014.

If you are involved in a hit-and-run incident, the state of California will be able to prosecute you for the offense up to six years from the date of the incident.

What Does the New Law Attempt to Accomplish?

This new law was a direct response to the negative media attention that southern California (in particular, Los Angeles) was receiving for its perceived hit-and-run epidemic. Providing the state with six years to prosecute suspects for hit-and-run crimes will give law enforcement more time to track down the suspects and state prosecutors more time to gather evidence.

State legislators also hope that it will prevent the perpetrators from avoiding prosecution and help obtain justice for the victims. If you were involved in a hit-and-run accident, it makes it harder for you to “run out the clock.”

However, over weeks, months and years, memories fade and witnesses become less reliable. If you are accused of hit and run years or months after the alleged incident, an experienced criminal defense attorney can help you fight these serious allegations.

How do you feel about this new law? Do you think California made the right decision by increasing the statute of limitations for six years? Or should California be focused on other alternatives for improving safety on our streets?

Due to the recent negative media attention, California is starting to crack down on drivers who flee the scene of an accident. If you were involved in a hit-and-run incident, it is important that you contact an experienced criminal defense attorney immediately.

The attorneys at Wallin & Klarich have been successfully defending people facing hit-and-run charges for over 40 years. Our hit and run lawyers have a deep understanding of the laws and we can answer your questions without financial obligation. Our experienced defense attorneys are here to assist you every step of the way. Let us help you now.

Our offices are located in Orange County, Riverside, San Bernardino, Victorville, West Covina, Torrance, Los Angeles and San Diego. We have experienced hit and run attorneys available near you no matter where you work or live.