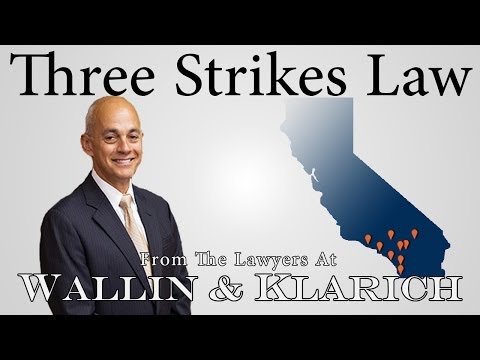 Can I have multiple strikes from a single previous case?

Yes. If you are convicted or plead guilty to two serious or violent felonies charged in the same case, both can count as strikes on your criminal record. That is why it is so important to speak with an experienced defense attorney who can help you try and reduce the charge to a non-strike offense or negotiate a plea bargain with the prosecution. The ramifications of having two strikes on your record are immense as you can now be sentenced to 25 years to life for a subsequent felony conviction.

How will the prosecution try and prove a prior strike in my case?

For prior adult convictions, the prosecution will submit your record of conviction for the court to examine. This is usually sufficient to prove a prior strike so long as the prior felony conviction on your record is listed as a serious or violent felony under the California Penal Code. The prosecution can also use booking photos, fingerprints, or any other evidence that show you are the person named in the record of conviction.

If I am convicted under California’s Three Strikes Law, can I become eligible for parole?

It depends on how many prior felony strike offenses are on your record. If you have one prior felony strike conviction on your record and are convicted of any subsequent felony, you must serve a minimum of 80% of your sentence before you become eligible for parole. This is a 30% difference from the 50% you are typically required to serve for a normal felony conviction.

It is unclear how the parole board will deal with those who have 2 strikes on their record and are convicted of a subsequent felony. Although you are required to serve the minimum 25 year sentence before becoming eligible for parole, no one has yet to qualify as the law was passed in 1994. It will be interesting to see how the parole board deals with third strikers as the first person to become eligible for parole will occur in 2019.

California Penal Code section 203 defines mayhem as any person who unlawfully and maliciously deprives a human being of a member of his body, or disables, disfigures, or renders it useless, or cuts or disables the tongue, or puts out an eye, or slits the nose, ear, or lip, is guilty of mayhem. Mayhem is considered both a serious and violent felony that can act as a strike on your criminal record if you are convicted.

Does vandalism count as a strike in California?

It depends. Vandalism (California Penal Code section 594) is considered a wobbler, which means the prosecution can either file the case as a misdemeanor or a felony, depending on the circumstances of the case. If defendant is convicted of misdemeanor vandalism, then it does not count as a strike because it is not a felony. Even if defendant is convicted of felony vandalism, it will not qualify as a strike because vandalism is not a serious or violent felony. (See California Penal Code section 667.5 and 1192.7.)

However, if a person is charged with vandalism committed for the benefit of, at the direction of, or in association with any criminal street gang, with the specific intent to promote, further, or assist in any criminal conduct by gang members, the conviction will be considered a strike (see Penal Code section 186.22)

Do out of state felony convictions count as a strike for purposes of California’s Three Strikes Law?

Can I remove a previous strike from my record?

No. You cannot remove a previous strike from your criminal record, but you can ask the judge to disregard it for purposes of sentencing in your current felony case. This is often referred to “striking a prior strike.” Your attorney can ask the judge to strike a strike by filing a Romero motion with the court. The court will consider many factors such as the nature of the previous crime, your criminal history, and the amount of time elapsed since the prior conviction. If this motion is successful, the judge will not consider your prior felony strike conviction during the sentencing phase. Although this can benefit you substantially by decreasing the amount of time you have to spend in prison, it is important to remember that your previous strike will remain on your record and can still affect the sentencing for any subsequent felony conviction you receive thereafter.

Wallin & Klarich is Here to Help

With offices in Orange County, Los Angeles, San Diego, San Bernardino, Riverside, Ventura, and Victorville, Wallin & Klarich has over 40 years of experience and has successfully represented Southern California residents charged with felony strike offenses. Drawing from our extensive years of experience, we are available to answer any questions you have and are willing to go the extra mile in your defense.

If you are facing prosecution for a felony strike offense, call our talented and professional defense attorneys today at (877) 4-NO-JAIL. We will be there when you call.