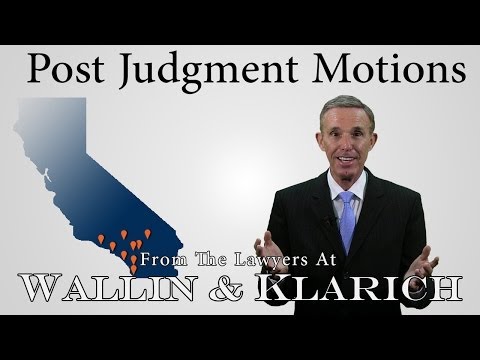 In 1977, California’s legislature studied this issue and enacted Penal Code 1016.5, which requires the court to inform defendants of the possibility that a conviction can lead to deportation. The law also gives a defendant who has not been warned about deportation the right to move to vacate a guilty or no contest plea.

If you are a non-citizen facing criminal charges, Penal Code 1016.5(a) states that, prior to accepting a guilty plea or no contest plea in a criminal case, the court is required to read to you the following advisement:

If you are not a citizen, you are hereby advised that conviction of the offense for which you have been charged may have the consequences of deportation, exclusion from admission to the United States, or denial of naturalization pursuant to the laws of the United States.1

PC 1016.5(b) gives you the right to request additional time to reconsider your plea after being informed of the possibility of deportation. Furthermore, the law states that you can move to vacate the judgment and withdraw your plea of guilty or no contest if:

To show prejudice, you must show that you would have made a different choice than pleading guilty or no contest if you had been advised of the possibility of these immigration consequences prior to entering a plea.4

Crimes for Which Deportation is Possible

There are several California crimes for a conviction can result in you being deported from the U.S. The majority of these crimes fall into the following categories:

Possible Outcomes of a Motion to Vacate Pursuant to Penal Code 1016.5

There are a few possible outcomes to a motion to vacate a judgment. First, the court could rule in favor of the motion. In effect, the guilty judgment is thrown out and you are allowed to withdraw your guilty or no contest plea. Essentially, this means that the case will be set for trial.

Alternatively, as with any motion, the court can deny your request. This would mean that the conviction stands, and the plea would not be withdrawn. You would then be required to serve your sentence and/or face potential immigration consequences. However, a denial of a motion can be appealed, allowing the California Court of Appeal to review the case and reverse the trial court’s decision.

Additionally, if you have already served the sentence, you could apply for a reduction of the offense to a misdemeanor if the crime was chargeable as either a felony or misdemeanor, and then request that the record of the conviction be expunged.

Frequently Asked Questions Regarding Motions to Vacate a Judgement

Yes. The court ruled in People v. Gontiz, “The statute requires the court to warn the defendant expressly of each of the three distinct possible immigration consequences of his conviction prior to his plea.”5 However, you must still show that the failure to give you the complete advisement was prejudicial because you would have made a different choice if you had been given the complete advisement.

No. You only have to show that not having the complete view of the possible immigration consequences affected your decision to enter a guilty or no contest plea.

Penal Code section 1016.5 applies only to the court’s failure to advise you of the possible effects that a conviction would have on your ability to stay in the United States.  However, if you had a lawyer who advised you to plead guilty or no contest, and he or she did not tell you that you had a potential immigration problem that could arise from a conviction, you may have other options to vacate the judgment and withdraw your plea. For example, ineffective assistance of counsel gives you grounds to file a writ of habeas corpus to have your conviction vacated. However, in order to have this writ considered, you must be currently in the custody of the state of California for the crime of which you were convicted.6

If you are facing a potentially difficult immigration problem because of a past criminal conviction, you should seek the help of a criminal defense attorney who is experienced in these types of post-conviction matters. At Wallin & Klarich, our attorneys have over 40 years of experience fighting for the rights of criminal defendants, whether they are natural citizens or immigrants who came to this country seeking better opportunities for their families. We work tirelessly to give our clients the best possible chance at successfully remaining in the United States. Contact us today for a free, no obligation consultation.

With offices in Los Angeles, Sherman Oaks, Torrance, Tustin, San Diego, Riverside, San Bernardino, Ventura, West Covina and Victorville, there is a Wallin & Klarich attorney experienced in California criminal defense near you, no matter where you work or live.