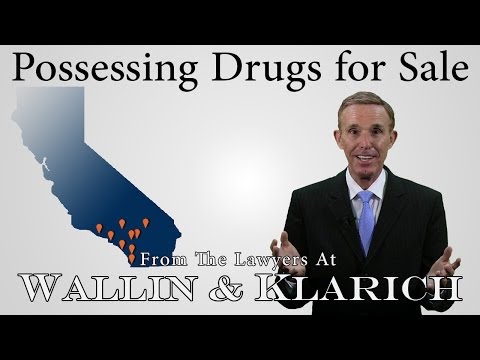 Possession of Heroin or Cocaine for Sale – Prosecution

In order to convict you of possession of heroin or cocaine for sale, the prosecution must prove all of the following elements beyond a reasonable doubt:

How is Possession Defined?

How is Knowledge Defined?

How is Quantity Defined?

Quantity is defined as a “usable” amount. If you were in possession of more than 0.05 grams of heroin or cocaine, this is considered a usable amount for the purposes of satisfying the element of quantity in a possession of heroin or cocaine case. However, other circumstantial evidence can also be introduced in order to prove that the intention was there to possess the cocaine or heroin for the purposes of selling it.

What Does it Mean to Sell?

Intent means just that. You intended to sell the drugs and not use them personally. Generally, the presence of additional evidence – individually bagged amounts of the illegal drugs, a scale for weighing product, the presence of large amounts of cash and/or multiple cell phones, for example, can be used to support the charge that you possessed the drugs with intent to sell.

Why Should I Hire a Criminal Defense Lawyer to Represent me if I’ve been Charged with Possession for Sale of Cocaine or Heroin?

If you or someone you care about is facing a charge of possession or heroin or cocaine with intent to sale (“drug dealing”), call a drug crime attorney at Wallin & Klarich today. The knowledgeable and experienced criminal defense attorneys at Wallin & Klarich can help explain the charges and show you how we are able to properly defend against them.

With offices in Orange County, Los Angeles, Torrance, Sherman Oaks, San Diego, Riverside, San Bernardino, Ventura, West Covina and Victorville, Wallin & Klarich has successfully represented thousands of clients facing drug possession for sales charges. We have over 40 years of experience in making sure that our clients are treated fairly under the law and that they receive the best legal representation possible.  We will guide you through all of your options and help you win your case.