The California Vehicle Code 23103 defines reckless driving as driving a vehicle “in willful or wanton disregard for the safety of persons or property.” You can be charged with reckless driving on public roads or in a public or private parking facility. A reckless driving charge can, and often does, come along with other criminal charges stemming from the same incident. To prove the defendant is guilty of reckless driving under Vehicle Code 23103, the prosecution must prove that:

A person acts with wanton disregard for safety when (1) he or she is aware that his or her actions present a substantial and unjustifiable risk of harm, and (2) he or she intentionally ignores that risk. The person does not, however, have to intend to cause damage. 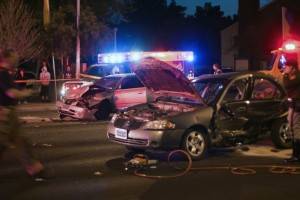 To prove that the defendant is guilty of this crime under Vehicle Code 23104, the People must prove that:

1. The defendant drove a vehicle (on a highway/in an off-street parking facility);

2. The defendant intentionally drove with wanton disregard for the safety of persons or property; AND

3. Proximately causes bodily injury to a person other than the driver.

A person acts with wanton disregard for safety when (1) he or she is aware that his or her actions present a substantial and unjustifiable risk of harm, and (2) he or she intentionally ignores that risk. The person does not, however, have to intend to cause damage.

The term highway describes any area publicly maintained and open to the public for purposes of vehicular travel, and includes a street.

Examples of when the court found that the defendant DID NOT commit reckless driving:

A pedestrian was crossing a highway and waving a fishing pole at the driver to get his attention. The driver did not slow down. The pedestrian shouted something at the driver as he drove by. The driver made a U turn and drove towards the pedestrian. The pedestrian had to jump out of the way thinking he would get hit. The defendant stopped where the pedestrian was standing and then put his car in reverse and left 10 feet of skid marks before turning his car around and driving off. The court found that this may have constituted negligence on the part of the driver, but it did not constitute a wanton disregard for safety of others. See People v. Allison (1951) 101 Cal.App.2d Supp. 932, 935.

Defendant’s car collided with a second car which had stopped and then backed up to permit another driver to make a turn at an intersection. There was no evidence that, before defendant tried to stop, he saw the other car and knew that the driver intended to back up, or that defendants speed was illegal. The most that could be said was that defendant perhaps failed to keep a proper lookout ahead and for that reason may have been negligent. Gross negligence is insufficient, by itself, to be considered reckless driving. See People v. McNutt (1940) 40 Cal.App.2d Supp. 835, 838-839.

Example of when the court found that the defendant DID commit reckless driving:

The court found that the defendant was guilty of reckless driving after a California Highway Patrol officer pursued the defendant for 4.3 miles at 7:45 p.m., during which chase the defendant drove at the rate of 75 to 80 miles an hour across intersections and passed nine cars. He passed approximately 12 more cars at a rate of speed varying from 75 to 85 miles per hour. The court looked at the surrounding circumstances to determine that speeding constituted reckless driving in this case. See People v. Nowell (1941) 45 Cal.App.2d Supp. 811, 813a, 814. Having an experienced reckless driving attorney defending you can help you with raising valid legal defenses when you are facing a reckless driving charge under Vehicle Code 23103. Below are a few to consider.

You Did Not Drive

You Drove Recklessly Out of Necessity

Another defense that might be raised in a reckless driving case is the necessity defense. Here, the defendant must show that:

Speeding by Itself Does Not Constitute Reckless Driving

The fact that you were speeding, by itself, does not establish that you drove with wanton disregard for safety. It is only one factor the jury must consider out of all the surrounding circumstances. If this is the only evidence that the prosecution has against you, an experienced attorney will highlight this fact to defend you against your charges.

A conviction for reckless driving  under Vehicle Code 23103 is a misdemeanor and is punishable by imprisonment in a county jail for five days to 90 days, or by a fine of one hundred forty-five dollars ($145) to one thousand dollars ($1,000), or by both that fine and imprisonment. 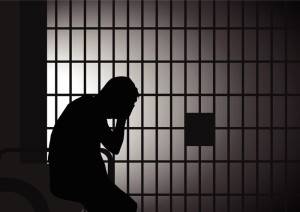 Under Vehicle Code 23104, reckless driving which causes bodily injury is a serious crime punishable as a misdemeanor. Reckless driving, as defined in California, is any willful or wanton disregard for the safety of persons or property while operating a commuter vehicle. This law defines a bodily injury as a physical injury which requires professional medical treatment. The punishments are increased if reckless driving causes great bodily injury, which is defined as a significant or substantial physical injury. Most importantly, if you were under the influence of drugs or alcohol and driving recklessly, you will face additional penalty enhancements.

Most importantly, not only will the Courts take action, but the DMV may have a hearing to determine whether or not you can retain your privilege to drive. Usually, DMV can suspend or completely revoke any driving privileges due to unsafe driving or if someone has been charged with a crime involving their vehicle.

Under California Vehicle Code Section 12810(c), a conviction of reckless driving shall be given a value of two points.

Under California Vehicle Code Section 12810.5, the DMV may suspend and place on probation, or revoke, the driving privilege of a negligent operator.

A negligent operator with a Class C license will have his/her driving privileges taken away if he/she receives:

Can I have my charge of reckless driving reduced from a misdemeanor to an infraction?

How Many Points Is Reckless Driving?

For reckless driving, the DMV will put two points on your driver’s license and may count a conviction against you in any future license suspension hearing or other legal proceeding. This is important because if you exceed a certain number of points, you may end up losing your driving privileges. Additionally, having more points on your driving record will increase your insurance premiums for the next 3 to 5 years.  In California, your driver’s license can be suspended or revoked if you have:

At Wallin & Klarich, we commonly receive questions from clients regarding reckless driving cases (Vehicle Code 23103). Some of these include:

When a person is accused of reckless driving under Vehicle Code 23103, can the prosecutor also accuse him of other related offenses?

If I am arrested for reckless driving, can the police impound my car?

Under California Vehicle Code Section 23109.2, a police officer can impound your car for up to 30 days if you are arrestedfor reckless driving. You will be responsible for any fees that are assessed to the impounding of your vehicle.

I received the first points on my driving record from a reckless driving conviction under Vehicle Code 23103. The DMV did not suspend my license, but the court suspended it for up to 30 days. Can the court do that?

Can I be convicted of reckless driving if I am on private property? If you are accused of reckless driving, you could be facing jail time and points on your driving record that could impact your ability to keep your driver’s license. That is why you should contact an experienced reckless driving attorney immediately.