Accused of a Felony 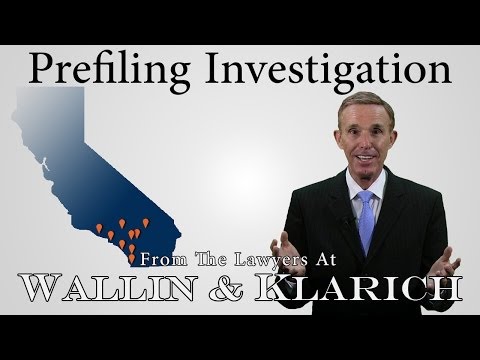 The following details the unique rights and procedures for those accused of a felony.

What is a Felony?

A felony is defined as any crime that carries a maximum sentence exceeding one year in jail.  Some common examples of felonies include: cocaine possession, heroin possession, grand theft, armed robbery, and murder.  The most serious of all charges, felonies carry significant and potentially devastating consequences including, without limitation, incarceration, probation and parole, substantial fines, loss of constitutional rights (right to possess weapons, right to vote) and restrictions on employment.  Consulting with a California Criminal Defense Lawyer at Wallin & Klarich in the early stages of investigation or upon arrest can help the accused to avoid these potentially severe punishments.

Unlike misdemeanor charges, felony charges require the defendant’s appearance at all court hearings.  If the defendant fails to appear, the court will issue a warrant for his/her arrest.  In addition, the defendant will forfeit any bond that he/she posted.

If the defendant is in custody, he/she will have access to bail, which is set forth in the county bail schedule. The bail for felony charges is generally greater than that for misdemeanor charges.  See Bail for more information.

The defendant has a right to trial within sixty days of the arraignment in superior court.  Consulting with an California Criminal Defense Lawyer at Wallin & Klarich is the most effective way a defendant can ensure that his/her right to a speedy trial is honored.

If the court determines that the prosecutor failed to meet his/her burden, the court can dismiss the case and discharge the defendant.  If the court does not dismiss the case completely, it can reduce the charge, for example from a felony to a misdemeanor.  In addition, the court has the power to raise or lower the defendant’s bail.  Preliminary hearings can have significant impacts on the future direction of the case, thus consulting with a California Criminal Defense Attorney at Wallin & Klarich is critical to an effective defense in the preliminary hearing stage.

If the defendant is indicted by a grand jury, he/she does not have a right to a preliminary hearing.  Rather, the case will go to a grand jury, comprised of nineteen citizens.  In the grand jury proceedings, the prosecutor presents his/her case with witness testimony and other evidence.  The prosecutor is not permitted to utilize any evidence that would be inadmissible over objection at trial.  However, if evidence is presented that would be inadmissible over objection at trial, the grand jury verdict is still valid as long as there is sufficient, competent evidence to support the indictment.

After all the evidence is presented, the jury engages in a secret deliberation.  If twelve or more jurors conclude that sufficient evidence exists to establish probable cause that the accused committed the offense, the jury will indict.  Probable cause is established if the evidence would lead a person of ordinary caution or prudence to believe and conscientiously entertain a strong suspicion of the guilt of the accused.

Our aggressive California Criminal Defense Attorneys at Wallin & Klarich have over 40 years of experience handling criminal felony cases.  Our skilled, professional litigators can help you through every stage of the criminal process, particularly the minute details associated with felony charges.  Please call our offices at (877) 4-NO-JAIL or (877) 466-5245 or submit the form at the top of this page for more information.