Punishment for Murder in California – PC 187 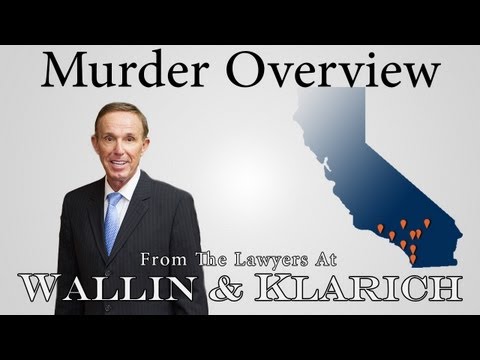 The punishment for murder in California depends upon whether you or your loved one is convicted of:

If you are convicted of any category of murder, not only will you be sentenced to state prison (and perhaps death row),  you will also most likely have to serve your sentence at a maximum security (“Level IV”) prison along with the most dangerous convicted felons in the state. Murder is a violent felony punishable under California’s “Three Strikes Law” (Penal Code 667.5(c)). Therefore, a murder conviction in California carries the maximum punishment and sentencing range, including enhancements if you have a criminal record with prior serious or violent felonies.

Capital murder is the most serious charge under California murder law. If your case involves one of the special circumstances that elevates first-degree murder to capital murder, you could face the possibility of execution. The punishment for capital murder consists of:

If convicted of murder in the first-degree under California Penal Code 187, you face 25 years-to-life in state prison. However, if your first-degree murder conviction was based on a “hate crime,” defined as a crime committed based on the victim’s race, religion, gender, disability, sexual orientation, or nationality, you face a murder sentence of life without the possibility of parole in state prison. (LWOP)

A “life sentence without the possibility of parole” (LWOP) means just that: You will spend the rest of your life in prison and will not be eligible for release on parole.

The punishment for murder you face if found guilty of second-degree murder under California Penal Code section 187, consists of 15 years-to-life in state prison. However, there are some circumstances that can increase your potential murder sentence, such as the following:

In addition to the prison terms above, California murder laws subject you to:

Civil consequences to a murder conviction

If you are convicted of murder, you may also face a wrongful death suit filed against you in civil court by the family(s) of your victims(s). The cost to you or your loved ones could be enormous – possibly in the range of millions of dollars.

Contact a murder lawyer at Wallin & Klarich now if you have been accused of murder in California.

If you or someone you care about has been charged with murder under California Penal Code 187, contact an attorney at Wallin & Klarich immediately. The sooner our attorneys can evaluate the evidence against you, the better chance we have to win you your freedom. With offices in Orange County, Los Angeles, Torrance, Sherman Oaks, San Diego, Riverside, San Bernardino, Ventura, West Covina and Victorville, the attorneys at Wallin & Klarich have over 40 years of experience developing highly effective strategies to prove that reasonable doubt exists that our clients are not guilty. We will aggressively defend you every step of the way and help you to achieve the best possible result in your case.